Wednesday addicted? Anyone who saw the comedy horror television series will love their look! Here’s how to recreate Jenna Ortega’s Wednesday Addams make up look.

Fun fact first: It has just been announced that the hit show Wednesday has overtaken Stranger Things season 4 as the most-watched English-language series in one week. So if you haven’t seen the mega success yet, you can start watching right now.

Before you’re done with Season 1, you’re guaranteed to come back to this article. Because you’re going to want to know how to recreate Jenna Ortega’s Wednesday Addams make up look.

This is how the Wednesday Addams Make Up look is recreated

TikTok is full of it, and so is Instagram, the beauty world and series fans are obsessed with Wednesday, played by Jenna Ortega, and her soft goth make-up.

Behind Jenna Ortega’s looks as Wednesday Addams is the mastermind, hair and makeup artist Tara McDonald. She created the beauty looks of iconic Wednesday and all the other characters in the new series. In the latest The Addams Family remake, of course, the rest of the iconic family should not be missing. Catherine Zeta-Jones as Mother Morticia has sparked beauty hype about her special lipstick color. Wednesday Addams make up look.

We don’t want to keep you in suspense any longer. Just one last (fun) fact before we give you all the tips and tricks and the exact products you need for Wednesday’s look. The Addams Family story adaptation was penned by Tim Burton himself.

The Google search was in full swing. The TikTok tutorials flooded the For You page. The internet went crazy over the Wednesday lip. How do you get that soft grunge lip? Which products do you need for this and how do you wear the make-up trend?

Luckily, makeup artist Tara McDonald, the brush handler behind the mysterious lip, solved the mystery herself. She explained how Wednesday’s penchant for all things dark and macabre is reflected in her makeup choices. In addition, her dark violet lips and gently smoky eyes are said to exude just the right amount of gothic chic, which are still youthful and not quite as edgy as her mother Morticia’s make-up. Tara McDonald found the perfect dark plum shade that isn’t too contrasting for everyday wear but still suits her spooky look. The Wednesday Addams make up signature soft goth look is actually pretty easy to replicate.

Cat Quinn, Mac’s executive director of trends, posted a video on TikTok and Instagram in which she peppered Tara McDonald with questions, leading the makeup artist to reveal exactly what products she used for the dark, faded shade applied on Wednesday Addams make up. 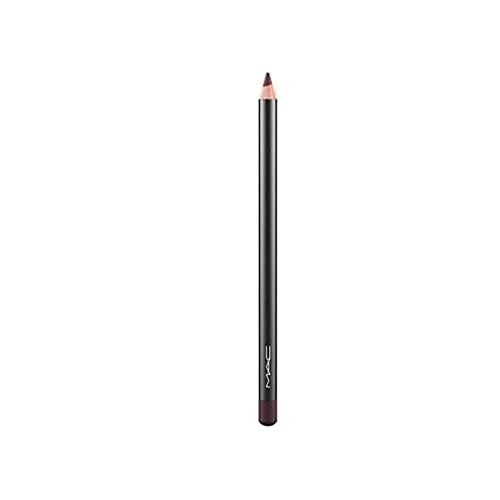 On set, the pro first lined Jenna Ortega’s lips with lipstick, then blended the product inwards before finally applying lip balm, which is by Lucas Papaw Ointment, by the way.

In the social media video, Tara McDonald also revealed: “You can also apply the lipstick by hand, like I do, and dab it on your lips for the perfect goth soft lips.” Wednesday Addams make up look. 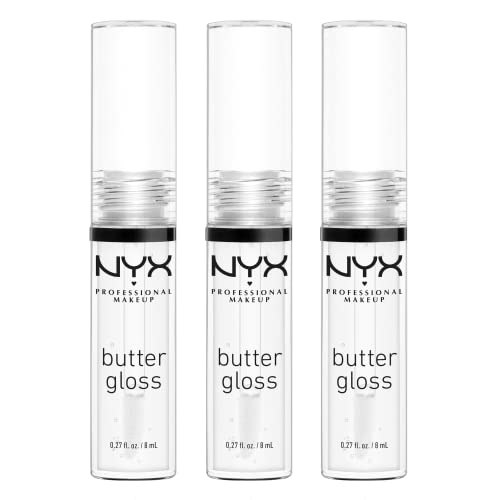 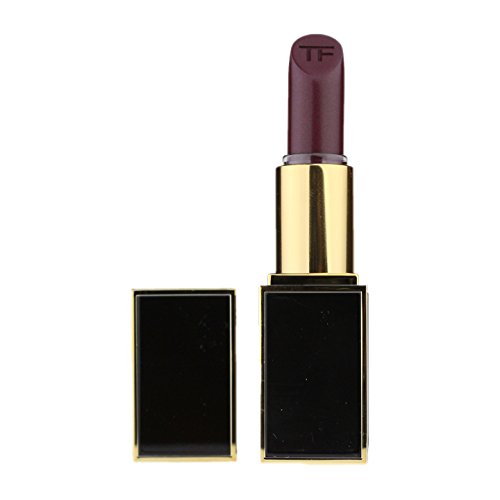 Bad news for anyone who wants to replicate the style one-to-one: the lipstick is (almost) available. no longer to buy. The good thing is that you can replace the shade almost identically with, for example, Media from Mac or Plum Brandy from Bobbi Brown. But any dark plum with a hint of red works beautifully to bring a hint of Morticia Addams to the lips.Wednesday Addams make up look 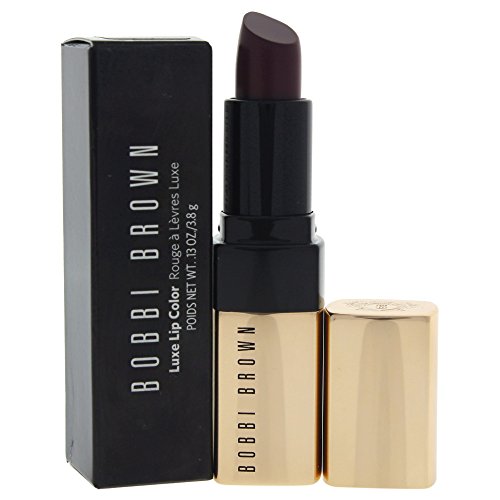 If you want to copy Wednesday’s smokey eye to go with the plum lips, you can also contact Cat Quinn and Mac Cosmetics. The Director of Trends has also published a video on this.

She explains on Instagram and TikTok that Tara McDonald used three eyeshadow shades for Wednesday’s soft smokey eye: Brown Script, Carbon and Glitch in the Matrix.

First Brown Script goes on and under the eyes, Carbon is then dabbed on top and bottom of the lash line, finally, Glitch in the Matrix is ​​then blended along the upper lash line. The cult look is only complete with widely fanned out eyelashes. For this, Tara Mc Donald used the Limitless Lashes Mascara by Ilia Beauty in Soft Black. Voila! The smoky grunge Wednesday Addams make up look is ready. 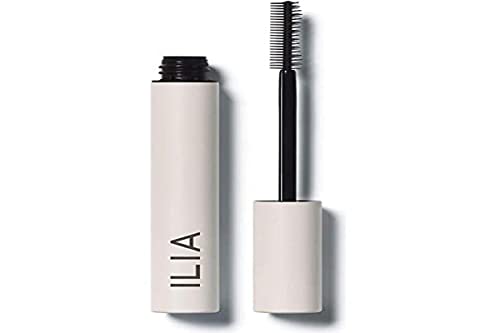 The Glow of the “Half Dead”

In an interview, Tara McDonald described how she turned Jenna Ortega’s skin into a mix of goth pallor and laid-back clean girl vibes. And in another video, trend whisperer Cat Quinn finally revealed how the pale and yet somehow fresh complexion of the cult figure succeeds. Or as she calls it, the complexion that looks “half-dead and yet fresh and modern”.

Behind it is a mix of two powders. Using Mac Cosmetics Sculpting Powder in Sculpt and Shadowy shades, Tara McDonald created the contour that defined Ortega’s cheekbones. Sculpt, a soft taupe, and Shadowy, a deep brown, mimic the natural shadows cast by Ortega’s cheekbones without giving the appearance that she’s wearing a lot of makeup—something Wednesday as a character would never do.

Additionally, Tara McDonald used a super sheer foundation that allowed Jenna Ortega’s natural freckles to shine through. A very modern look for a goth teen. 2022 really is all about natural skin — even at Wednesday Addams. A great solution for anyone who is unsure about which foundation to choose are BB Creams, which automatically provides less coverage.

Wednesday Addams has long black braids. It’s been that way since 1938 when The Creepy Family was still a comic strip in the newspaper, and it’s been like that in 2022 when the family’s teenage daughter got her own Netflix show.

When the Addams Family spinoff starring Jenna Ortega was finalized, the show’s hairstylists knew exactly what to do. Make-up artist Tara McDonald, director Tim Burton and hair stylist Nirvana Jalalvand put their heads together to create a new take on the classic hairstyle. The braids should stay, albeit with a modern twist.

How should it be any different in 2022: Wednesday got a pony.

The series stayed true to Wednesday’s long, thick, iconic black braids, but unlike the original versions of the character, the series complemented them with fringed, layered bangs. According to the New York Times, Tim Burton personally combed Jenna Ortega’s bangs meticulously before having Nirvana Jalalvand set them with hairspray. The modern Wednesday’s hair may be frizzier than before, but the hairstyle retains its meticulously symmetrical severity.

Hairstylist Nirvana Jalalvand also shared that she lengthened Jenna Ortega’s hair on each side of her head with 3 sets of wefts and dyed her natural hair darker.

Under a time-lapse video she posted to Instagram, she wrote, “Eco Gel was our best friend for holding the strands in place while I braided them. Eco Style Olive Oil Styling Gel Hair Gel kept the braid filled head of hair in place and spot without making the braids look oily or even crunchy. 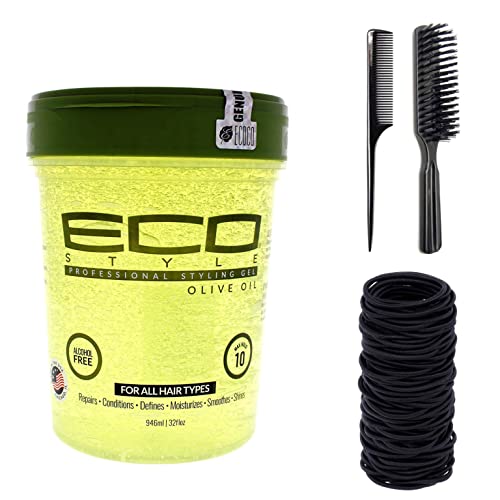 How to wear an outfit in the style of Wednesday Addams?

Wednesday Addams outfit looks completely black, with some touches of white in the details of the clothes, such as the lapels. Another characteristic of the clothes that this new version of Wednesday’s wears are the layers: loose black pants, a white shirt, an oversized black and white checked vest, and a short black blazer.

There are many ideas for cosplay, but how can you incorporate clothes of this style without looking like a costume ?

Take out that mini black dress that you surely have in your closet, put on a white or black button-down shirt underneath and add a long or oversized coat: there you have a basic goth chic outfit. Or surely you have black dress pants, you can also wear it with a shirt and a vest with black and white details.

Fashion designer Colleen Atwood was in charge of the costume design for Wednesday Addams.

Atwood considered that Wednesday is a bit like a “waif” in search of who she is, “trying to conform and adapt, but just doesn’t quite fit in .” Something that reflects this well is her school clothes: Wednesday wears the same uniform as her classmates, but the academy had the courtesy to make it in her favorite colors (black and white), unlike the original, which is blue/purple and white.

Wednesday Addams is also always different from her mother: while Morticia wears a long black dress with a bodycon and straight, flowing hair, Wednesday Addams wears (in addition to the NeverMore uniform) looser clothes and two braids.

Although Wednesday Addams wears her academy uniform most of the time, Atwood and the team behind the series gave the teen a wardrobe of other fun pieces, like her trademark oversized sweater, long black socks with white lines, and tennis shoes. platform blacks, as well as combat boots.

Now that you can recreate and style the complete Wednesday Addams make up look from lips to hair and clothes, we have good news and bad news for you. The less good: Many – not all, but some – of the products just mentioned are already sold out.

But you don’t necessarily have to use the originals from Mac and Co. A matte plum lipstick paired with a soft brown, black and shimmery gray eyeshadow from your favorite palette will get close enough to the Wednesday Addams make up look.

Joshua Miles
Having worked at multiple well-known fashion magazines as a photographer and having sold his very-successful jewelry business, he now choose to help others with improving their style and image. Packed with his camera and knowledge on accessories and jewelry he’s ready to one-up you in a snap of a picture.